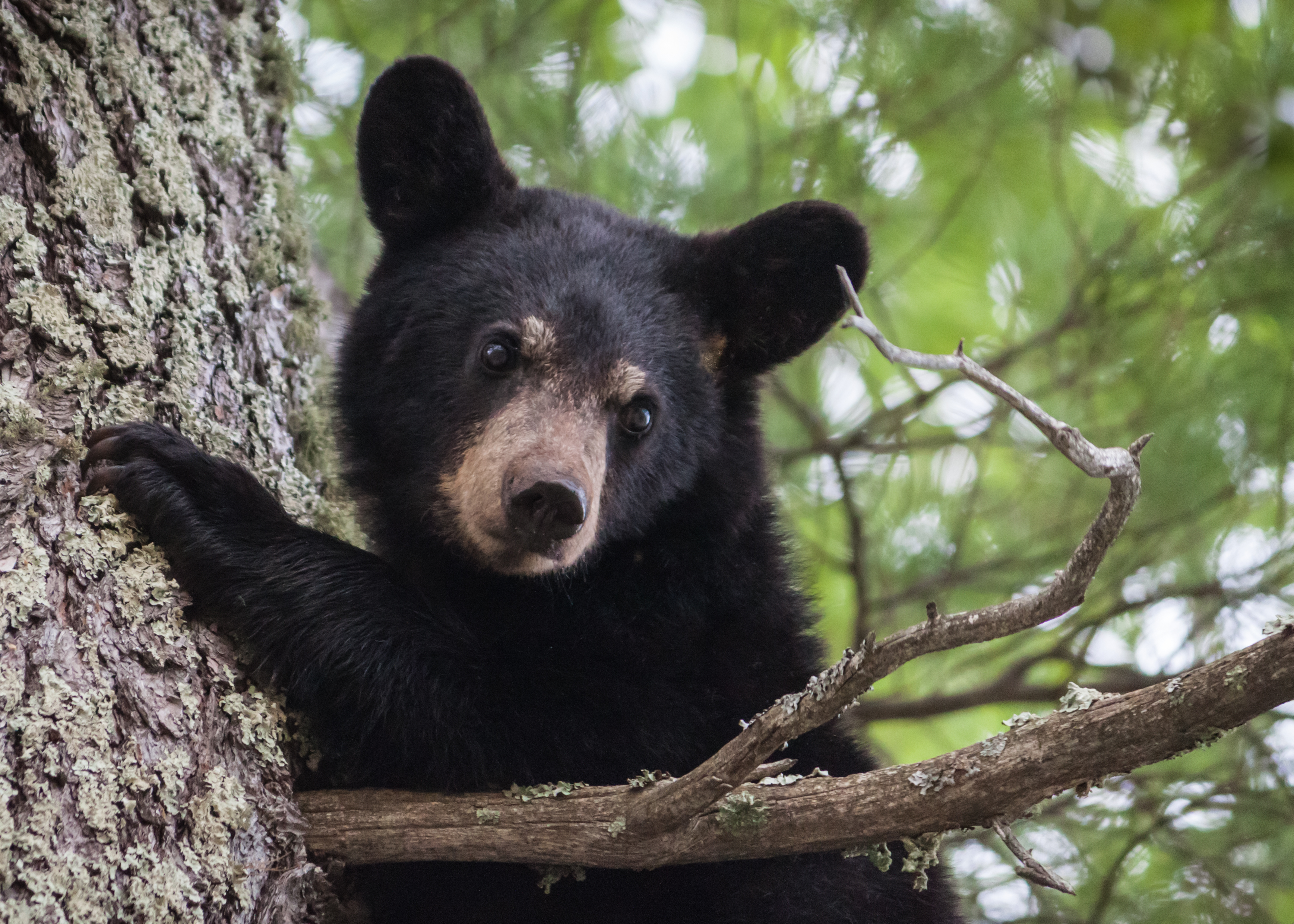 Under pretense of defanging an unpopular bill that would allow bear hunting in Litchfield County, the Environment Committee has made furtive, last-minute changes that, within limits, could result in trophy hunting of bears throughout the state. According to the new version of the bill, nearly anyone who keeps livestock, poultry, or bees can kill bears, coyotes, fox, or any wildlife deemed a nuisance—day and night, all year long, without taking other measures to protect their “crops” or seek nonlethal remedies against hungry animals.

“The bill puts Connecticut on the wrong path and doesn’t reflect a progressive approach to living with wildlife. While supporters of the bill claim it scales back bear hunting, the reality is that the new wording opens a loophole to promote the ‘shoot first’ method of protecting expanded farm products,” says Jo-Anne Basile, executive director of CT Votes for Animals.

The original bill, SB 586, was entitled “An Act Concerning Bear Hunting in Litchfield County.” It met with fierce opposition from the public when brought before the Environment Committee at a public hearing on March 1. Two weeks later, with no public hearing, the bill reappeared as “An Act Concerning the Control of Nuisance Wildlife.” The new language--introduced at a Committee meeting without the benefit of public input and no opportunity to discuss the possible pitfalls--was a surprise to every animal advocate and some of the Committee members. Proponents argue that the new language bolsters existing law that allows farmers to protect their crops. But the revised bill goes far beyond its stated objective.

Farmers are already allowed to manage “problem” bears under an existing statute, according to the Office of Legislative Research. CGS 26-72 allows trapping but has been interpreted more broadly by the Department of Environment and Energy Protection (DEEP) to allow farmers or their employees to kill bears and any fur-bearing animal that damages any property on land used for agriculture. The “Nuisance Wildlife” law CGS 26-47 gives DEEP authority to allow “qualified” persons to kill animals that damage crops at night. No data has been offered to show that bears are killed under CGS 26-47.

SB 586 in its new form would dispense with the nighttime restrictions, allowing bears and other wildlife to be shot 24/7. It expands the definition of “crops” to any form of livestock, chickens, and beehives and does not specify whether the new rules would apply to either rural or suburban areas or both.

Most significantly, SB 586 makes no requirement to first explore nonlethal, humane measures. In fact, an amendment offered in Committee to add such a requirement had to be withdrawn because the Democratic Chairs asked for no amendments to the proposed bill. To exacerbate the lack of humane protections, the bill places no limits on the number of times someone can kill wildlife to protect the same crops, livestock, poultry, or bees. The bill offers no definition of “qualified person,” meaning that management efforts are not required to be carried out by trained professionals or those who know humane practices but by any, landowner, or other person hand-picked by the landowner. While the “qualified person” would need to obtain permits from DEEP, this agency has shown little restraint in issuing them.

Other consequences include:
--Trophy hunting and trafficking. Because hunters would be allowed to keep the animal, the new version of the bill encourages the trafficking of trophy wildlife animal parts such as heads, pelts, paws, and gall bladders (Bear bile, produced by the gall bladder, is considered beneficial in Chinese medicine).
-- Random shooting outside of proscribed hunting seasons. While these accidents are rare during hunting season, given the lack of restrictions in this bill, hikers, dog walkers, and anyone living in a rural or semi-rural area could find themselves in the path of a stray bullet.

Ironically, although members of the Environment Committee tout the need to protect farmers, the new bill does not require farmers, beekeepers or backyard poultry enthusiasts to protect their property. That means farmers’ problems with wildlife will not be solved, since a hungry bear or coyote shot by a landowner will quickly be replaced by another. “This bill allows an unending cycle of killing away from the eyes of the media, thus mitigating the bad press of bloodied and dead bears being tossed into pickup trucks, but not resolving the very problems voiced by farmers and residents,” says Fran Silverman, communications director of the Darien-based group Friends of Animals.

Some effort is being made to contain the free-for-all. Another proposed bill, SB 894, would mandate that DEEP explore non-lethal options for nuisance bears, but this restriction would only apply to densely populated areas, which are not where most encounters with bears take place. Silverman says other states require property owners and residents to take necessary action to secure their animals. Some have developed collectives to provide bear-resistant garbage containers where residents in bear country can drop off trash if they can’t afford their own containers.

Other common-sense measures include:
--Installing electric fencing around beehives (not a huge investment, since beehives don’t take up much space).
--Removing bird feeders in spring and summer.
--Containing trash in garages or sheds and adding some ammonia to make it unpalatable.
--Cleaning and storing grills after cookouts.
--Not adding meat, fat, or sweets to compost piles or leaving pet food out overnight.
--Above all, do not feed the bears.

“SB596 is a poorly drafted law, with no public scrutiny, that actively discourages humane efforts to live side by side with bears and other wildlife,” says Basile. There are ways to protect farmer’s products and encourage non-lethal methods first. This bill is not it.”

Please urge your representatives to vote NO on SB 586. Click on the Call to Action below to get a sample email and link to your State Senator or Representative.

*Elizabeth Norton is a CVA member and freelance science writer. She lives with her husband and daughter in Litchfield County, where she sometimes sees bears outside her kitchen window.