HOW THEY VOTED - NUISANCE WILDLIFE AND BEAR HUNTING 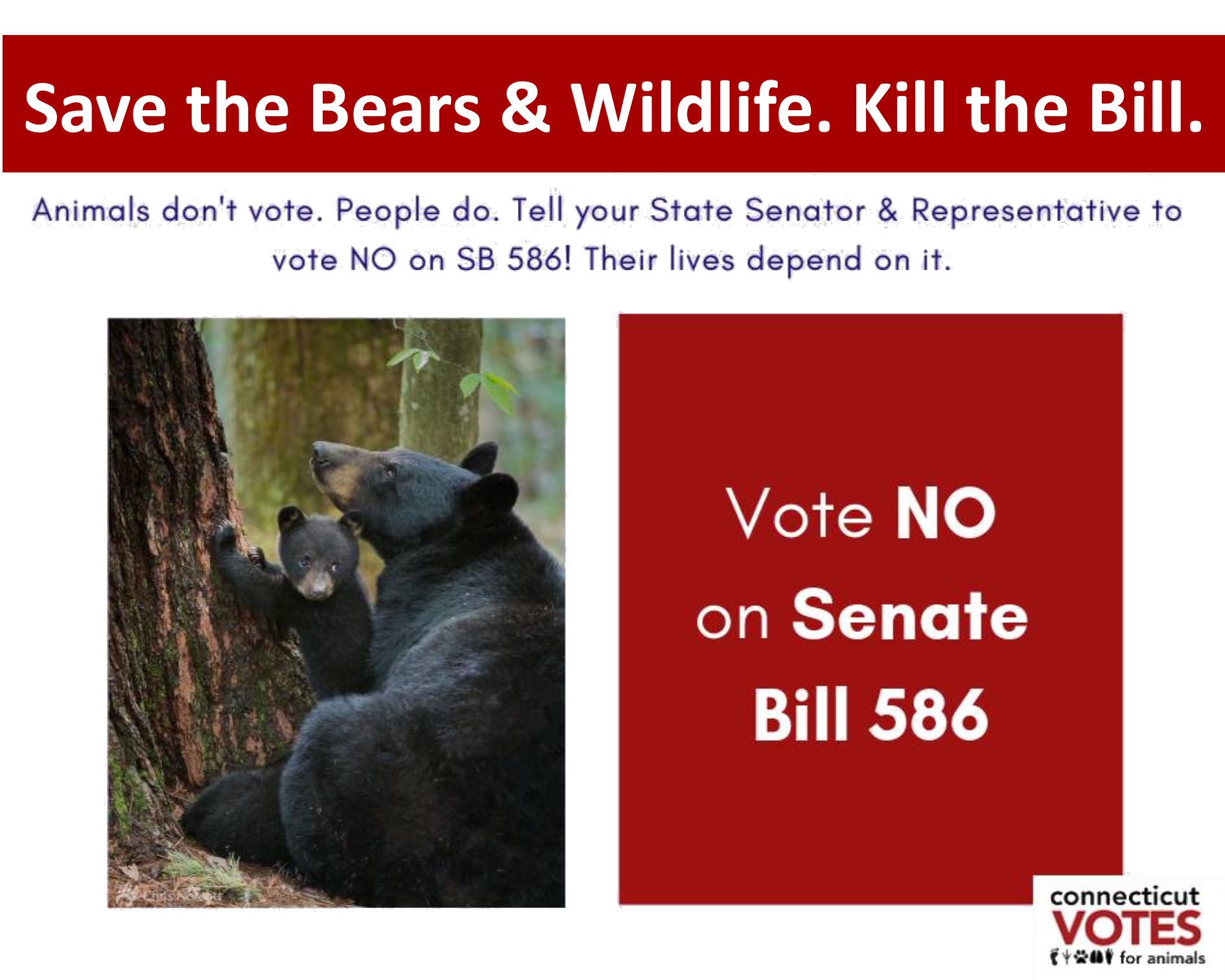 Nuisance Wildlife and Bear Hunting SB 586 – CVA strongly opposed this bill introduced by Senators Eric Berthel (R-32), Henri Martin (R-31) and  Craig Miner (R-30) and Representative David Wilson (R-66)– as it would greatly expand the definition and terms under which animals could be considered a nuisance and killed.  The proposed expansion would directly target bears and offer a way for hunting proponents to finally get their wish for a bear hunt in CT. Disappointingly, the bill passed the Environment Committee by a vote of 17 yes and 11 no. When the bill was brought to the full Senate, however, it was defeated overwhelmingly by a vote of 22 no and 11 yes, and did not go to the House.  CVA wants to thank those Senators who voted against this bill