CVA joined with Friends of Animals (FOA) and the Humane Society of the United States in urging Governor Lamont to oppose bear hunts in Connecticut.  Our letter points to several crucial facts that people and policy makers should know: 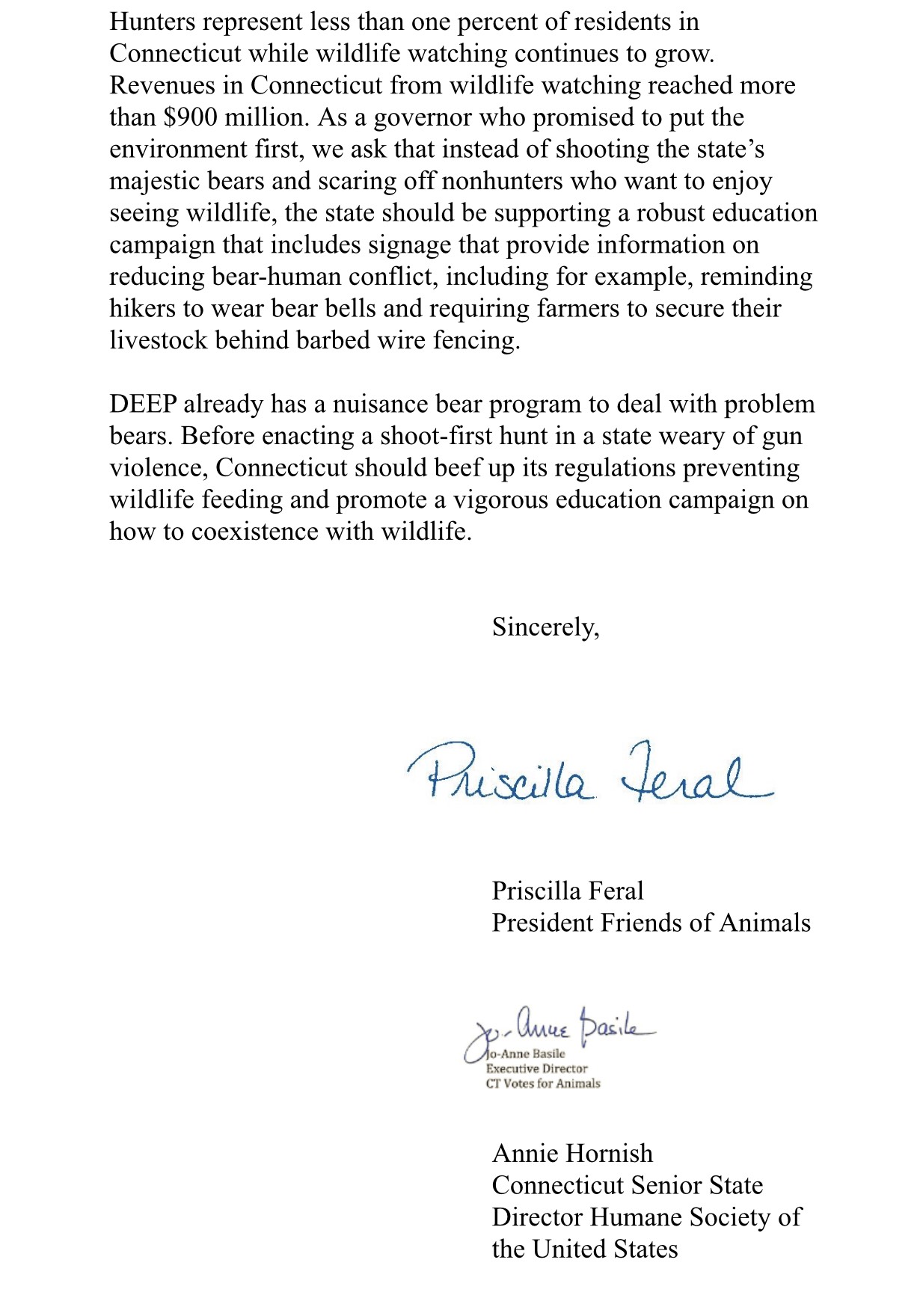