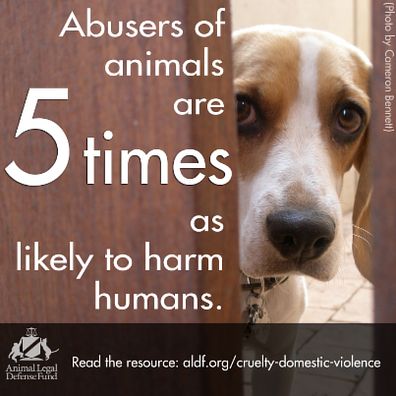 Connecticut’s 2016 enactment of a program for court appointed advocates, or Desmond’s Law, was groundbreaking in the field of animal law.  No other state in the country had successfully passed a law allowing expertise in animal cruelty in the courtroom to achieve in the name of justice, more fair and meaningful outcomes in animal abuse cases. The law, coupled with Desmond’s Army -- a corps of dedicated volunteers who track and show up in court for every animal abuse case, have made a difference in the outcome and in bringing public attention to crimes against animals.  But since 2016, CT has been less than progressive when it comes to modernizing its animal cruelty statutes.  This is about to change.  As the lead co-sponsor State Representative Dorinda Borer (D-115) and over 25 bi-partisan legislators have been calling for an extensive review and update of these laws. SB 923, An Act Concerning the Review of Animal Cruelty Statutes by the Connecticut Sentencing Commission, passed the Judiciary Committee and is on its way to the Senate and House.

CT’s animal cruelty statutes have not had a thorough review in more than 30 years. Instead, they have been added to periodically, creating redundant and inadequate terminology that makes interpretations confusing and difficult to administer by law enforcement. Senate Bill 923 will conduct a review over the next 14 months with any recommendation for change in time for the 2023 legislative session.  CVA strongly supports the bill and has been working with Representative Borer and others throughout the process.

In testimony before the Judiciary Committee this month, CVA Executive Director Jo-Anne Basile said this comprehensive approach is needed for CT to move its animal cruelty laws into the 21st Century. “CVA believes to do this well requires any study to be guided by experts in the field. Those who have both academic and first-hand experience in the practice and application of animal law. Looking at trends nationwide, learning from the mistakes as well as positive outcomes from laws in other states becomes an invaluable lesson in any review.”

An equally important reason for this review is to better understand the link between animal cruelty and future violent crimes against people, particularly the vulnerable. According to the National Link Coalition a collaborative initiative to increase awareness and address public policy around violence against people and animals: “Animal maltreatment is often “the tip of the iceberg” and the first warning sign of an individual or family in trouble.” For many, animal cruelty is viewed as a simple misdemeanor, not an indication of a perpetrator’s likelihood to commit other, oftentimes violent, crimes. But research in the past 20-plus years clearly shows that taking a more serious look at these crimes is critical to address aggressive behavior towards humans.

CVA believes the Sentencing Commission can be a helpful partner to study CT’s animal cruelty statutes. We are looking forward to how the project will reach out to experts and those with direct experience in animal law and animal cruelty. We believe these experts are key to an outcome that reflects real world experience coupled with an intellectually rigorous viewpoint of future trends and outcomes.

The hope is that a statutory review will result in fairer outcomes for animals when the law gives clear direction to those who carry it out.